Crystal is the traditional gift for a 15th wedding anniversary.

It is said that, “It represents the clear and sparkling love between husband and wife. The modern gift being glass or a watch, thought by many to be a symbol of the time you’ve had—and plan to have—together.”

I find this fitting, as I have been weirdly into learning and geeking out over rocks, stones and crystals lately. And, the small little gift Mikey surprised me with this year was this random, five dollar amethyst. I spotted it on a craft table on a recent day trip we took down to Apple Hill, with our kids.

I kept picking it up and putting it down. 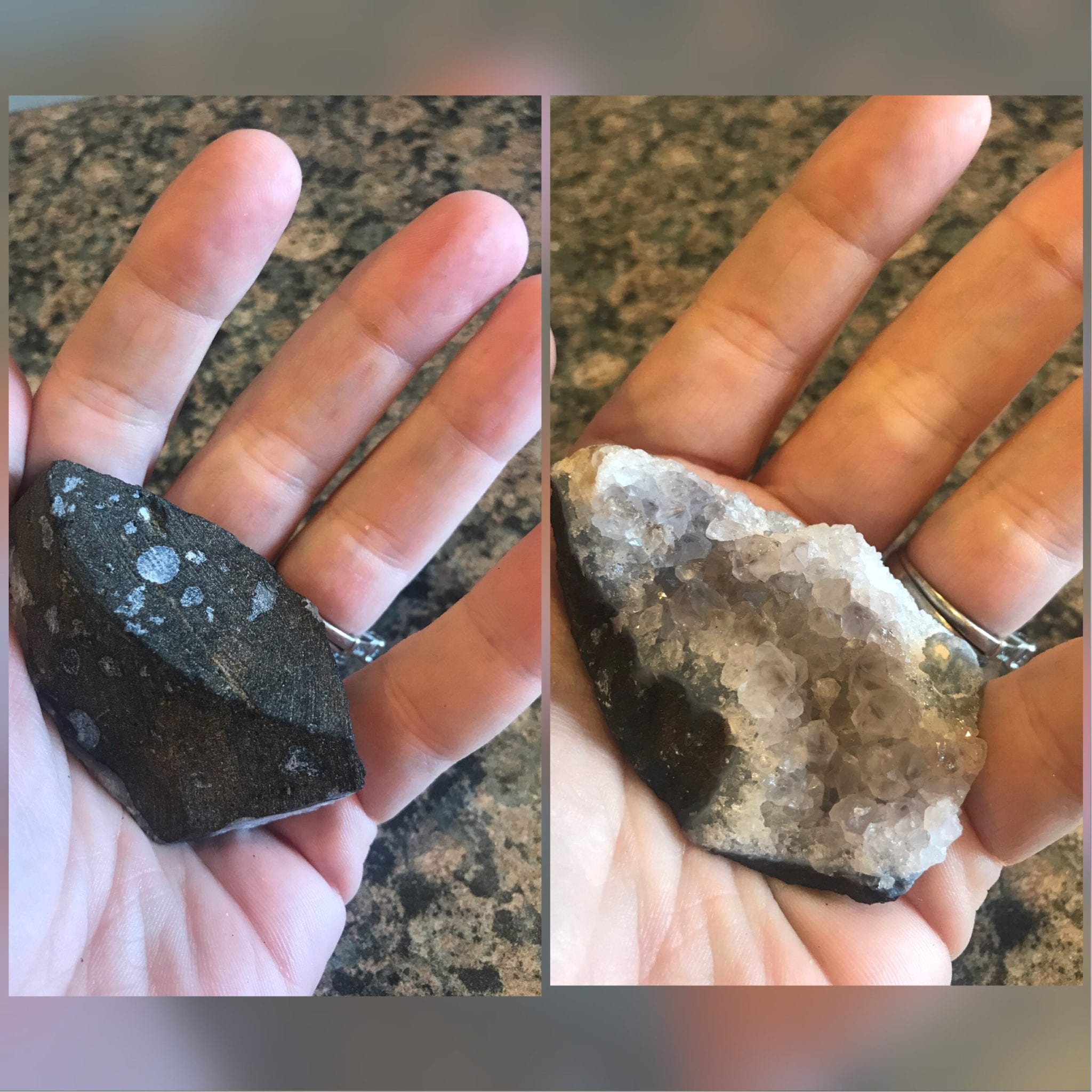 I loved how it was raw, and hadn’t been tumbled or polished yet. It had been cracked in half. On one side, you could see its grey, unremarkable “skin” that looked like any old rock laying in someones front yard.

Could have even been plucked right from a pile of identical rocks used as someone’s landscape lining somewhere?

The “ordinary” side, so boring and basic looking, was also…the side that had endured and weathered the elements.

Where had this rock come from?! Somewhere out there, it had been rained on?

Had the sun beating down on it?

Maybe buried under snow, or mud?

Had been tossed here or there…and then at some point was discovered!?

Cracked open, and revealed to be a geode. Valued and displayed upon that table, waiting for me to come along, and appreciate and wonder about it.

I felt silly for wanting it.

I put it down and kept moseying along. 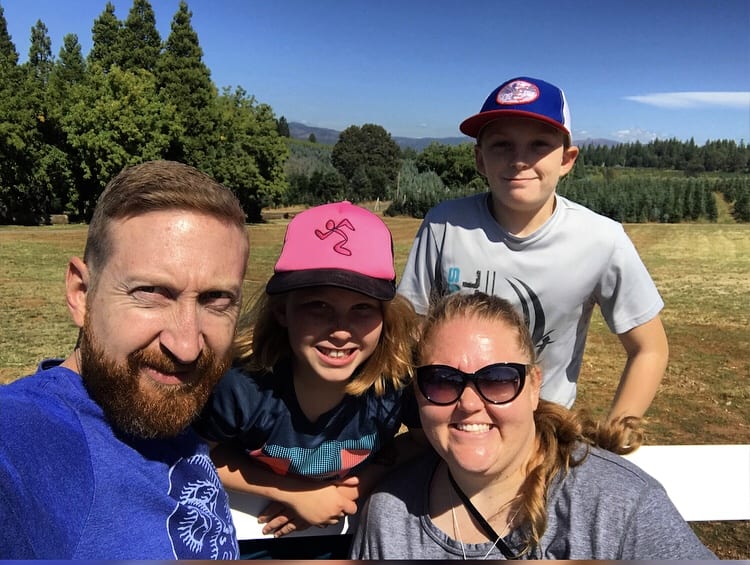 It was the most PERFECT fall day down at Apple Hill this weekend!

Craft tables and tents to explore as far as the eye could see. Any, and everything you could imagine being baked and cooked using homegrown chunks of apples were being offered around every corner. Fresh apple butter, fritters, donuts, pies, turnovers, and crisps. Filling the air with a toasty, warm, vanilla/cinnamon, autumn scent from heaven. Pumpkins, leaves, and apples everywhere. The air was cool, but the sun was shining, and I was practicing being fully present, and enjoying every minute of it.

We had decided to take a few days off of work together and spend one of those days there with our kids, instead of trying to plan any major, expensive trip for our 15th anniversary. I truly believe that it relieved the pressure and expectation on both of us to “create something romantic and special” which ultimately, created the space for gratitude to work its magic…and allowed “something romantic and special” to happen organically.

Isn’t it funny how we do that to ourselves? Build something up so much that we almost end up ruining it with our expectations?

Im not sure at what point he noticed me eyeballing that rock, but he bought it when I wasn’t looking, and asked our son to hide it in his pocket. They got a kick out of stealthily putting it right where I would see it in the truck when we got ready to leave. It was a sweet little surprise on a day that had already given me so much to feel thankful for.

And, as it turns out, it ended up being a truly meaningful gift.

Fifteen years together as a couple is a significant milestone. You cant help but think and reminisce on all the times and seasons that have raced by.

My wedding day in September of 2004 seems like it was only yesterday…and also a lifetime ago, all at once.

We definitely did not celebrate by buying each other “traditional crystal”, or engraved, fancy glass or watches. Nor, would I describe our love as “clear or sparkling” fine crystal.

Our love is a geode.

And I am so grateful.

Though geodes may look like ordinary, boring rocks, they conceal a hollowed interior that is chock full of different colored minerals and raw crystals. like my amethyst.

“Geodes are created in the hollow areas of soil such as animal burrows or tree roots. They are also formed in the bubbles in volcanic rock. Over time, dissolved minerals seep into a hollow area and harden into an outer shell creating the geode… A geode which is completely filled with crystals is called a nodule.”

Our love is a geode.

Filled with precious and invaluable nodules.

Lived, burrowed down together, enduring all the pressures and storms.

while creating private magic within.

Chisels, hammers and hard times revealing who we truly are.

Up, up and Away

Takes one to know one: Confessions of a reforming hater